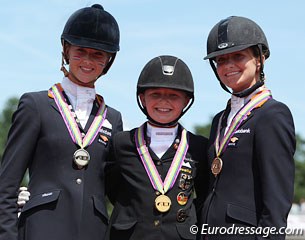 The show dates for the 2012 European Pony Championships in Arezzo, Italy, have been changed and were approved by the FEI last week. The Championships will take place one week later than planned, on 23 - 28 July 2012.

The organisation of the 2013 European Pony Championships has proven to be a difficult venture with an unusually late allocation of the date and venue by the FEI at its General Assembly in Istanbul, Turkey, mid November 2012.

No bids were received from shows which wanted to host the 2013 Pony Europeans but in the end Arezzo was picked and approved by the FEI. The Arezzo Equestrian Centre has much experience hosting international show jumping events and made its first attempt at a CDI in September 2012.