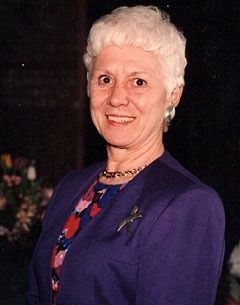 The Dressage Foundation, an American donor-driven organization that is dedicated to supporting and advancing the sport of dressage, announced today that a new fund has been established in special remembrance of Patsy Albers.

The Patsy Albers Award Fund will provide one annual Award to the highest placing dressage rider at the United States Equestrian Federation’s High Performance Championships who was also a rider competing for the U.S. at a North American Junior/Young Rider Championship. The Award will provide financial support for continuing education and training.

“Patsy was a Region 1 delegate for as long as I can remember,” said Janine Malone. “I knew she would want to support not only the Region 1 riders, but also riders who had come up through the ranks, competing at the North American Junior Young Rider Championships and going on to the Festival of Champions. With her dedication to the sport, the United States Dressage Federation’s annual convention was a wonderful opportunity to announce the creation of the Patsy Albers Award Fund with The Dressage Foundation.”

Patsy Albers was a well-known figure at dressage shows across the country. Her passing saddened many in equestrian sports. Her support of North American Junior/Young Rider Championship Region 1 team and Dressage at Devon are two examples of her ongoing passion for the sport. Her expertise extended into management, officiating and volunteering.

“The Dressage Foundation is pleased to provide the management and support for this Fund in memory of Patsy Albers. She was an important figure in our sport, and this will be a lasting tribute to her and her contributions,” said Melissa Filipi, Development Director of The Dressage Foundation. “We look forward to making the first award in 2013!”