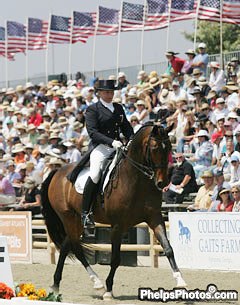 The U.S. Dressage Championships are usually hosted at the USET Headquarters in Gladstone, NJ, forcing all central and west coast riders to make a long trip to the East Coast every year. The last time the Festival of Champions was hosted on the West Coast was in 2008 as Olympic selection trial for Hong Kong.

Bids will be due in the office by the close of business Friday, October 5, 2012.