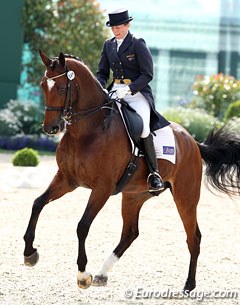 The Dressage Selection Panel of the Australian equestrian federation (EA) today confirmed Rozzie Ryan and GV Bullwinkle as the reserve rider for the 2012 London Olympics Games on 2 - 9 August 2012.

"The ability to positively contribute to the team is essential for an Olympic Games and in the interest of team harmony the Dressage Selectors have chosen to appoint Rozzie. Equestrian Australia has acted in the best interest of not just the Dressage team but all 17 riders who have been selected in the equestrian team," the EA press release stated.