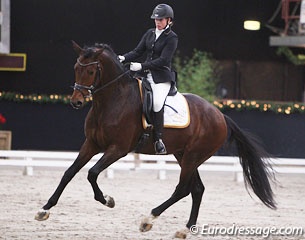 Selectors for the KWPN society and Dutch Equestrian Federation have selected the Dutch bred horses which will represent The Netherlands at the 2012 World Young Horse Championships in Verden, Germany, on 1 - 5 August 2012. A final Dutch selection trial and training event took place on Tuesday 10 July, where the definite entries were picked.

Chagall D & R was withdrawn from selection due to an injury and the owners of So You Know (by Scandic) withdrew the stallion before the final selection trial.

The nominated horses are:

The 5-year old reserves are Casper, Chinook and Chapter Leatherdale.

The 6-year old reserves are Bløf and Bentley