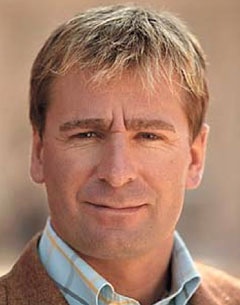 Hungary, one of five countries confirmed as official candidates to stage the FEI World Equestrian Games™ in 2018, has withdrawn from the bidding process.

The Hungarian capital Budapest had been named as one of the five 2018 bid cities earlier this month, but in a letter to FEI Secretary General Ingmar De Vos this week, the President of the Hungarian National Federation Vilmos Lázár confirmed that the Hungarian bid has now been withdrawn.

In the letter Mr Lázár stated that the Hungarian Federation’s Board had made the decision to withdraw the Budapest bid as there were two candidates from the same region. Hungary’s immediate neighbour, Austria, is also one of the official candidates to host the FEI World Equestrian Games™ in 2018.

Mr Lázár said that his Board hoped that the withdrawal of the Hungarian bid would enhance the chances of Austria staging the Games in 2018.

“Of course we are sad to lose the Hungarian bid for 2018”, FEI Secretary General Ingmar De Vos said, “but we respect the National Federation’s decision and admire its generous support of the neighbouring bid from Austria. We still have four very strong candidates in the mix and it will be a very exciting bidding process. We very much look forward to welcoming them all to FEI Headquarters next month.”

The four countries in the running to host the FEI World Equestrian Games™ in 2018 are Rabat (MAR); Bromont (CAN); Vienna (AUT) and Wellington (USA). Bidding teams from the four bid cities will come to FEI Headquarters in Lausanne for a meeting on 11 July.