Canadian Nominations for the 2012 Olympic Games 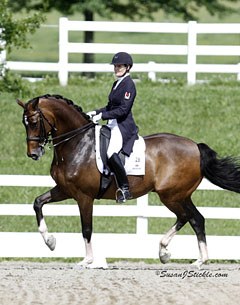 Equine Canada announced the names of the rider/horse combinations who will be nominated to the Canadian Olympic Committee (COC) for review and naming to the 2012 Canadian Olympic Team for dressage. The riders and horses nominated have successfully completed the team selection process of their respective High Performance Committees.

Nominated team entries will be submitted to the COC no later than July 4. The COC will officially name the Canadian Olympic Team for the sport of Dressage, Eventing and Jumping on July 5 during a news conference at Spruce Meadows, Calgary, Alberta.

The rider/horse combinations to be nominated are as follows (listed in alphabetical order):

If for any reason one of the selected horse/rider combinations is unable to compete in the Olympic Games,the following Team Alternate Nominees may be named as a substitute to the Dressage Team: