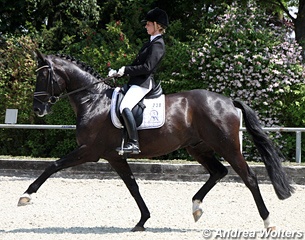 Thirty-eight 5-year olds and twenty-one 6-year olds are entered to take part in the German selection trial for the 2012 World Young Horse Championships in Verden, Germany. This year's German WCYH trial will be according to a new format with a mandatory training day followed by an official competition test, both judged by the selectors.

The German selection trial takes place at the DOKR Headquarters in Warendorf, Germany, on Tuesday 19 June 2012 with the training day and on Wednesday 20 June with the test riding.

The entered horses are: