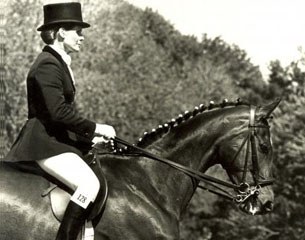 Helen Ziegler Steinkraus died peacefully at home on the evening of April 11th surrounded by her family, after a brief illness. Born in New York, the daughter of William Ziegler, Jr. and Helen Murphy Ziegler, the 81-year-old Mrs. Steinkraus grew up in Noroton, CT and New York City.

She was educated at Nightingale-Bamford School and attended Columbia University and Hunter College before teaching briefly at Brearley. She then worked as a research assistant on the lung cancer studies of Dr. Ernst Wynder at the Sloan-Kettering Institute, and made several trips abroad collecting medical samples for him.

Throughout her life Mrs. Steinkraus displayed extraordinary courage, individuality, generosity and taste, and was a staunchly loyal friend. Known to many by her nickname Sis, she was an elegant person and a very accomplished and versatile sportswoman. A member of the New York Yacht Club, she raced in Long Island Sound with her brother, William Ziegler III on their jointly-owned boats, and crewed on races to Bermuda and Hawaii. She skied for many years both at home and abroad. She hunted wildfowl and upland birds from the East and South to Mexico, rode with many American foxhound packs as well as several Irish hunts, and made two hunting safaris in Africa. She also enjoyed snorkeling and tennis.

After marrying Olympic show-jumper William Steinkraus in 1960 she became interested in equestrian dressage, and with training from Jean Saint-Fort Paillard, Gunnar Andersen, Karl Mikolka and others, commenced a very successful competitive career that took her all the way to the Grand Prix level. With Natu she was USDF horse of the year at 2nd, 3rd and 4th level in three consecutive years and won the Eastern National 4th level finals in 1975. A vice-president of the American Dressage Institute, she became a sought-after national and international senior dressage judge and a strong early advocate of the freestyle to music. As a dressage organizer she was instrumental in developing the Wellington, FL dressage competitions, which she conducted in their early years. In retrospect, she played a valuable role in the development of dressage in America.

Aside from her own participation in sport, Mrs. Steinkraus took special interest in the ballet and figure skating, and with her interest in medicine, became active in Darien's Post 53 Ambulance service where she became qualified as an EMT-I. She was also for several years a director of the American Maize-Products Company of Stamford, formerly headed by her brother, a lifelong director of the E. Matilda Ziegler Foundation for the Blind, and managed the family estate at Great Island in Noroton, CT until her death.

Mrs. Steinkraus was a loving wife, mother and grandmother, and especially enjoyed visiting the horses with her grandchildren. She is survived by her husband of 51 years, William C. Steinkraus; three sons, Eric of Sandy Hook, CT; Philip and his wife Stefanie of Rhinebeck, NY; and Edward of Darien, his wife Beth and three grandchildren, Grace, Abigail and Griffin.

A private service was held.