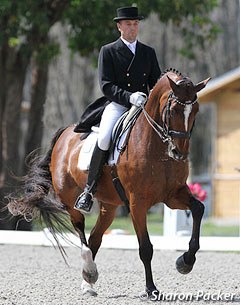 The names of nine riders in total have been set on the final 2012 Danish Olympic short list of which the deadline was on 23 March 2012. No new combinations will be submitted to the list and the Danish Olympic team will be chosen from this group.

In December 2011 seven combinations made it on the the Danish Olympic long list but in four months time two more riders were able to stand out and get selected for Olympic contention. Florida based Lars Petersen and Under 25 rider Anna Kasprzak are the new riders boosted onto the short list.