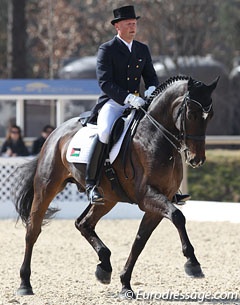 The Olympic Games are the apex for any serious sports athlete. Steeped in almost 3,000 years of tradition and set only every four years the Games are considered more unique, exclusive, and meaningful than a World Championships because sportsmen of all Olympic disciplines gather at the same venue for coveted glory. The media and public attention are enormous and they create a heightened vibe for every competitor. As the going gets tough in the lead up to the Games, the term Olympic fever is often applied. The dressage world bears no exception.

Unfortunately this year for the equestrian discipline this Olympic fever -- an internal cocktail of anxiousness, anticipation and excitement, all shaken and stirred -- has mutated into a new type: Olympic typhoid fever. "The Olympics seem to bring out the worst in people," an Olympic team candidate confessed to me at the 2012 CDI Vidauban. Already in the winter of 2011 and as of the first days in 2012 the ambitious, cut-throat commitment to Olympic qualification has put many dressage stakeholders on edge and upset many abdomens on the dressage scene.

With knife between their teeth horse dealers campaigned with resilience to sell ready made Grand Prix horses to riders desperate for a mount in the 2012 Olympic year. Prices were ridiculously inflated, at least doubled, just because of the Olympic promise. Buyers were showing up on a horse owner's doorstep totally uninvited just in attempt to convince a non-seller to try out their horse. Friends became foes in their attempt to quickly snatch a top horse underneath their colleague's bum. Promises were made by some dealers that they would fix an FEI passport with the right ownership, even in January after the FEI ownership cut-off date of 31 December 2011.

While eleven nations were able to field a team of three riders by achieving the Olympic selection criteria at official championship venues in 2010 and 2011, many individual riders that were aiming for an Olympic berth got entrapped in a race to improve their points on the FEI Olympic Riders' Ranking before the deadline of 1 March 2012. They had to drag their horses from one show to the next to produce as many Grand Prix rides as possible, as if working at a conveyer belt, straining their horses to the maximum so early in the 2012 show season.

This points' race led to hallucinating proportions with competitions popping up on the FEI calendar like (magic) mushrooms. Brand new shows, which were approved last minute by the FEI's secretary-general emerged on the calendar so that as many qualification opportunities could be staged before 1 March. Within five days (7 - 12 February) six big tour classes were held at the ad-lib CDI Wroclaw in Poland. Riders had to brave -20 ° C freezing temperatures to compete at the nicely organized but bitingly cold event. The regular Sunshine Tour in Spain was pushed from March to February and a connecting show in Vilamoura, Portugal, was staged right after the Spanish event. The final Grand Prix classes at the Vidauban Spring Tour were held on Tuesday and Wednesday to meet the cut-off date. 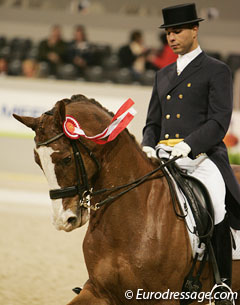 No less than three impromptu CDI's were hosted in Sao Paulo in February to fulfil the Olympic needs of just four Brazilian Olympic contenders, who had their own privately hosted selection event on their doorstep. Furthermore, though Ukraine is not really on the doorstep of Moroccan Yessin Rahmouni nor of Malaysian Quzandria Nur, the Ukrainian show host VIAN Group held an additional two more "private" CDI's in Zhashkov (UKR) in February to accommodate the needs of four riders: Ukrainian Svetlana Kiseliova and countrymate and VIAN sponsored rider Inna Logutenkova, who is trained by Anky van Grunsven in a special project to boost dressage in the former Russian state, as well as for Anky's students Yessin Rahmouni and Quzandria Nur. By allowing such jack-in-the-box CDI's to be held by wealthy sponsors Olympic entry tickets are turning into door-delivered pizza. Furthermore, both Sao Paulo and Zhashkov staged 10 (!!) 3*-star CDI's between 1 March 2011 - 1 March 2012 at the same venue.

This group qualification system generated two consequential tendencies. Several dressage riders switched nationalities to fulfil their Olympic dream. The most notable examples are Dutch Yessin Rahmouni who followed his native roots and the country of his brand new sponsor (Princess Lala Amina of Morocco) and German born Christian Brühe who became a Palestine. Unfortunately both riders ended up in the same Group (F) and were direct competitors. While Brühe competed at the high profile winter shows in Europe (Drachten, Vejer de la Frontera, Vilamoura, Vidauban), Rahmouni followed the privately paved road. He first went to CDI Drachten begin January and did four shows in the Ukraine (in December & February). Rahmouni ended up winning the individual ticket to London. Quite hypocritically a lot of criticism was expressed in various Dutch media about the "unsportsmanlike" nationality change of Brühe. 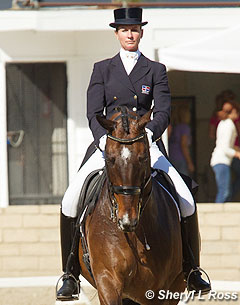 To add injury to insult the private February CDI shows in Sao Paulo can prove to be ineligibly staged events which did not follow FEI rules that stipulate that each CDI 3-star event should have three foreign and two domestic judges on the panel. In Sao Paulo, three Brazilian judges (including Salim Nigri, director of the Brazilian Dressage Committee) and only two foreign judges assessed the classes, which led to bloated scores that ended up being detrimental for Group E challenging rider, Yvonne Losos de Muniz from the Dominican Republic. She followed the "normal" route for athletes of smaller dressage nations and travelled to the U.S.A. to earn her marks in competitions where she faced North America's top athletes.

The National Federation of the Dominican Republic has lodged an official protest as the exemption to have three foreign judges was neither discussed nor approved by the FEI Dressage Committee. A tele-conference between the FEI and the NF's of Brazil and the Dominican Republic is set to take place on Wednesday (21 March), during which the date for the actual in-person FEI Tribunal Hearing will be set, most likely in April.

There is more than meets the eye. Returning to the topic of pop-up CDI competitions, at the end of January national federation opened up the possibility for riders to enter an unrehearsed CDI staged in Aachen at the end of February. This mini Aachen competition was arranged upon request from a certain renowned Dutch as well as one German trainer with students from "foreign" countries aiming to improve their FEI ranking without having to travel far. The announcement of this extemporaneous Aachen event led to tremendous complaints from other trainers and riders (including Aachen based trainer Ton de Ridder) who had already paid entry fees, booked hotels, bought plane tickets, hired rental cars, etc. to compete in the South of Spain and France. The first week of February the whole Aachen fata morgana evaporated.

When asked about the cancelled CDI Aachen of February, FEI Dressage Director Trond Asmyr told Eurodressage that the show was "applied for, but never approved, as it was too close to the actual show dates to give possible participants a fair possibility to plan. The same was the case in other countries. The FEI can approve or decline to approve shows also after the initial application period, in the best interests of riders, organisers and the rest of the competition world, and as long as there is no clash with other, relevant, already approved shows." When told that it is strange that riders were able to enter for the "never approved" CDI Aachen via their national federations, Trond replied that, "the events automatically appear in the FEI Calendar as soon as an NF enters it, but it still needs to be approved, and we did not approve it." 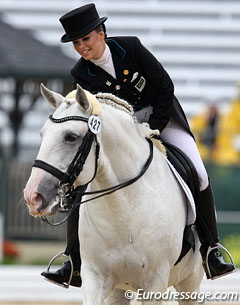 In between all that mumbo jumbo the FEI sent out a very confusing email on 22 February to show organizers of competitions taking place on the final days before the Olympic cut-off date. The mail made it appear that the cut-off date was not 1 March 2012 but 29 February 2012 midnight Swiss time. This caused major ruckus with some riders and show hosts but later turned out to be a "mistake" as confirmed by FEI press officer Grania Willis in an interview with the Dutch Paardekrant. Trond Asmyr told Eurodressage it was a "misunderstanding". The mail was sent as a reminder to Organizing committee's to send in their results on time. "The OCs normally have five days to send us the results but in this case we needed them already end of 29 February, to be able to process them in time," Asmyr told Eurodressage. The bewildering mail generated some more upset stomachs but fortunately did not mean something essential had been changed last minute to the Olympic selection process.

At the 115th IOC session IOC president Jacques Rogge said: "The first priority of the IOC will continue to be maintaining the pre-eminence of the Olympic Games in serving the athletes...and to fight for sporting fairness, against doping, which remains its main concern, for solidarity towards emerging countries."

The FEI's current individual olympic qualification system does not live up to the ideologies of "sporting fairness" and "solidarity towards emerging countries" with its unequal and unbalanced selection opportunities. The field of play should be level and fair for Olympic contenders from all nations. Smaller dressage countries should not be there to fill the numbers and simply enable the declaration of universality of the sport.