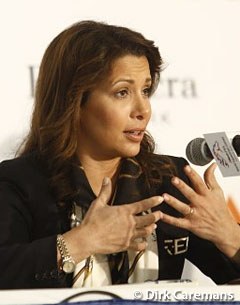 Sheikh Mohammad announced the birth of his son in a tweet to his 600,000 Twitter followers on Saturday 7 January 2012.

He wrote, "Princess Haya and I were blessed with a baby boy. We named him 'Zayed'."

Mother and child are happy and healthy.