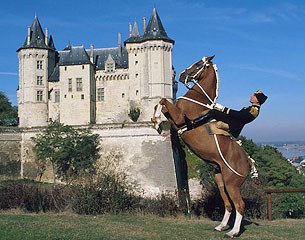 According to UNESCO, Equitation in the French tradition is a school of horseback riding that emphasizes harmonious relations between humans and horses. Practised throughout France and elsewhere, its most widely known community is the Cadre Noir of Saumur, based at the National School of Equitation. Here horsemen learn to combine human demands with respect for the horse’s body and mood. Riders desire to establish close relations with the horse and work towards achieving ‘lightness’. There is strong cooperation between generations and respect for the experience of older riders.

The Intergovernmental Committee for the Safeguarding of Intangible Heritage comprises 24 UNESCO Member States, elected for a term of four years. Half the Committee is renewed every two years.

The Cadre Noir in Saumur is the most renowned institution representating French equitation. Frederic Mitterand, French Minister of Culture, Sports and Communication, released in a statement that "this inscription is the coronation of the work of the horse trainers and riders of the Cadre Noir, as well as their capacity to teach the principles of traditional French equitation."