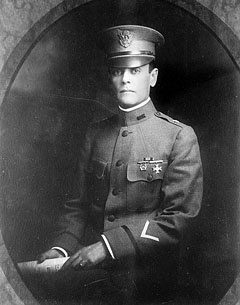 Today, 24 November, is a historic day for the FEI as the Federation celebrates its 90th birthday and joins in the celebrations for the 1000-day countdown to the 2014 World Equestrian Games.

Exactly 90 years ago, on 24 November 1921, representatives from national equestrian organisations from Belgium, Denmark, France, Italy, Japan, Norway, Sweden and the United States gathered in Paris (FRA) with the objective of forming an international federation. The inclusion of equestrian sport in the Olympic movement and the rapid development of the sport overall made it clear that internationally recognised rules supervised by a world governing body were essential. The Fédération Equestre Internationale was born and Baron du Teil of France was elected as the first FEI President.

“The FEI was founded in 1921 at a small gathering in troubled post-war Europe; now, 90 years later, the FEI is an international organisation with 132 Member Federations and is in charge of almost 3,500 events organised all over the world. More than 50,000 horses and 32,000 riders, drivers and vaulters are today registered with the FEI,” FEI President HRH Princess Haya commented.

“We are proud of the history and tradition of our sport, which celebrates the centuries-old relationship between humans and horses. We continue to celebrate equestrian sport, which has proved beyond any doubt that it has the magic and charisma to remain attractive and relevant in the modern sporting landscape. What an incredible journey it has been and what an incredible journey it will continue to be over the next 90 years!”

Another important date was also marked today with the launch of the 1000-day countdown to the FEI’s flagship event, the Alltech FEI World Equestrian Games™ 2014 in Caen (FRA). To celebrate the occasion, the French minister for sport David Douillet, personalities representing the Games' Organising Committee, the region of Lower Normandy, and the city of Caen, as well as Alltech Chief Marketing Officer Catherine Keogh, and FEI Secretary General Ingmar De Vos unveiled the 2014 Games’ official logo at the Caen Fine Arts Museum.

The logo, which depicts a horse’s head and a human’s head superimposed on a leafy green background, demonstrates the unique bond between human and horse at the heart of the Games. The shared profile and shared eye are a creative way of showing the relationship between two elite athletes and their combined determination to win. The beautiful host region of Normandy is present in the bold green colour and the apple blossoms on the backdrop. An animated version of the logo can be viewed here.

A totem pole constructed from three Jumping rails pointing up towards the sky will be erected near the stadium Michel d’Ornano in the city of Caen, where the Alltech FEI World Equestrian Games™ 2014 opening and closing ceremonies will be held. A solar-powered countdown timer will be placed on the totem pole, so that the Games become a part of the local residents’ everyday lives even before the event gets underway.

Celebrations will continue on Saturday 26 November when the people of Caen will be invited to learn more about equestrian sport through games and family-oriented activities.