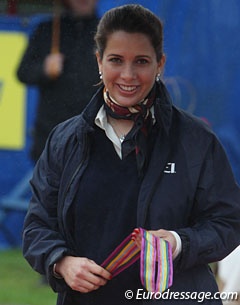 In a duel between the International Equestrian Federation (FEI) and International Dressage Riders Club (IDRC), the FEI has threatened to expel the IDRC as an FEI Associate Member. The IDRC is the only official body

representing International dressage riders world wide but now has been denied to nominate its candidate for the vacant rider rep spot on the FEI Dressage Committee (DC).

In the past the IDRC, the only official organ set up by the riders and for the riders, was able to nominate their own candidate for the position of rider representative. This year, however, Spanish Olympian and IDTC-member Luis Lucio and Colombian small tour rider Maria Ines Garcia Cuellar were nominated by their national federations to fill the vacancy of French Margit Otto-Crepin whose tenure as rider rep on the DC was up.

"The IDRC is the only group that has an infrastructure that is able to communicate to riders, to take input from riders and has the systems to support this," Channon told Eurodressage. "In a democracy, stakeholders should be allowed to choose their own representative. This is the way the world works and it is reasonable.”

After their national federations selected Lucio and Garcia Cuellar as candidates for the DC position, both quickly joined the IDRC to fulfil the requirement. However, at the IDRC General Assembly on 30 October 2011 both members were expelled, not because they were not suitable candidates for IDRC membership, but because this was a strategic and politic move on the FEI chess board.

The FEI Dressage Committee ended up nominating Luis Lucio instead of IDRC candidate Wayne Channon, while led to the IDRC appealing the decision with the FEI Tribunal. The Tribunal dismissed the IDRC's right for exclusivity but acknowledged that the FEI rules were ambiguous on the matter. "The two interpretations cannot co-exist and there the FEI Tribunal must decide which is correct," the official FEI Tribunal report stated.

Losing Real Rider Representation or Not?

The FEI is continuing to side-track the focus of the IDRC by playing a political game of nit-picking on the interpretations of rules and statutes instead of zooming in on the real essence of the matter: which person is the right candidate to represent all dressage riders on the all-decisive FEI Dressage Committee?

"I can’t but wonder why the FEI seems to want to play legal ping-pong more than sorting out the fundamental issue of how to get effective and democratic rider representation in the Dressage Committee," Channon told Eurodressage.

Because the FEI Bureau vote is coming up tomorrow, the FEI has been distracting the IDRC by threatening to deprive them of their FEI Associate Membership based on their supposedly illegitmate expulsion of Lucio and Garcia Cuellar. Read the complete FEI letter here.

The IDRC Secretary-general Wayne Channon replied to this letter. The excerpt below are the final paragraphs summarizing and highlighting the essence. 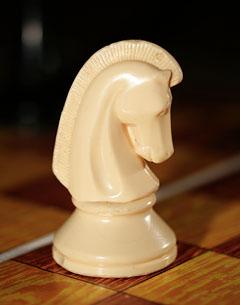 The IDRC takes very seriously the threat that the FEI will consider revoking its FEI Associate Membership status.  Given that the IDRC has not invoked any change to its Statutes to enforce the removal of the two Members on what basis are you considering this?

Furthermore, we are concerned by comments that have been made to us regarding the intentions of the FEI in relation to the appointment of members for the Dressage Committee at the forthcoming General Assembly. We therefore respectfully remind the FEI that under Rule 6.5.2(iii) of the General Regulations, as long as there is a “qualified Candidate”, a member of the IDRC must be appointed as riders’ representative. This is a mandatory requirement. The requirement is for the candidate to be qualified, as opposed to being approved by the Nominations Committee or, indeed, acceptable to the FEI. We trust that this rule will be complied with in the appointments process.

In all of this, the issue that the IDRC is concerned about is that it is being deprived of having influence over which of its members is chosen to represent the rest of its members and it is the threat to that influence that it is seeking to protect by exercising its other rules.  This is the only action that we, as an organisation, can take to protect what we consider to be a democratic right for IDRC members to indirectly elect their representative, instead of a representative being forced upon them by some National Federation or other.  Without that influence we have no means of ensuring the person appointed will uphold the aims of the IDRC and genuinely represent our membership.

Rather than having a “battle of rules” with each other, the IDRC and the FEI ought to be trying to work together to understand each other’s position to see if the matter can be resolved and I suggest both bodies have a meaningful discussion to that end.

Athlete representation is important to the IOC, the FEI as much as us and we sincerely hope that we can resolve this matter to the satisfaction of all.