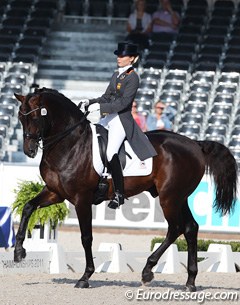 After wrapping up the 2011 Spanish Grand Prix Championships, the Spanish international dressage committee began its work for the preparation and support of the team candidates for the 2012 London Olympic Games.

Spanish team trainer Jan Bemelmans has set up an Olympic short list of riders with whom he'll be working together closely.

The team trainer will be closely following each rider's training plan and level. The team vet will be monitoring the horses' health and a sport psychologist has been assigned to help the riders on the road to London.