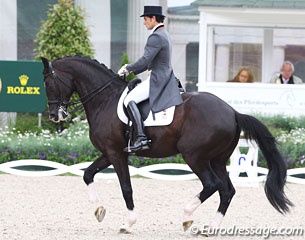 The Spanish Equestrian Federation has announced the team which has been chosen by the Spanish international dressage committee to represent Spain at the 2011 European Dressage Championships in Rotterdam, The Netherlands, 17 - 21 August 2011.

Spain hopes to earn a team qualification for the 2012 Olympic Games in London by finishing in the top 6 of the nations' cup.

Antonio Diaz Porras and his 11-year old Hanoverian Duke (by De Niro x Fabriano) has been nominated as reserves.