Judging Guidelines for the Evaluation of Piaffe, Transitions and the Walk 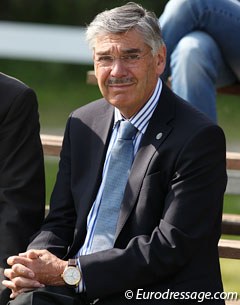 On 6 April 2011 FEI Dressage Judge General Ghislain Fouarge issued the following judging guidelines for the evaluation of piaffe, transitions and the walk. In his memo he requests to be more strict when mistakes to the correct execution of a movement are made

, but also to be more generous when certain movements are executed with clarity and effortlessness.

When evaluating a piaffe where there are mistakes, irregularities or interruptions of any kind, it is clearly only the mark for the piaffe itself that will be affected and the horse will be punished only once for the mistakes made. However when the mistake spills over into the transition and affects the passage it is not sufficient to punish only once as all three elements are affected.

Example: Horse in the piaffe breaks into canter, canters out of the movement and does not show passage over the designated distance. To punish only once would clearly be insufficient as the transition mark is also affected by no transition out and the mark for passage would be affected by showing too little.

Currently we apply this principle to the marking of mistakes in the extended canter/collected canter and flying change. If the rider does not correct the horse when changing in the extension and therefore makes no clear transition and flying change on the aid we penalize the horse in both elements of the movement. Obviously the Grand Prix Special is different where both elements are included in one mark.

Evaluation of the piaffe

Nowadays we are not strict enough when evaluating the piaffe, especially when there are irregularities.

Example: If a walk looses correct rhythm it is immediately punished with a mark below 5. If a horse changes behind in a canter pirouette the mark comes down to a 4 because of the irregularity. This principle should also apply to the piaffe.

Faults in the rhythm are as follows: 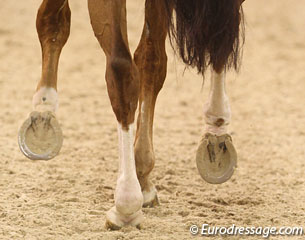 In all these cases the mark must be below 5 because of the irregularity. It is clear, if the horse falls in walk or canter, it cannot be more than 3.

Other faults are as follows:

Evaluation of the walk

When the walk is not a clear 4 beat rhythm the mark is not more than 5.
When not regular (sometimes due to tension) not more than 4.
When clearly lateral maximum 3
When both extended and collected walks shown are irregular, the mark for paces cannot be higher than 6.
When the collected walk is only affected, then it is not a problem as the former, but means that the horse is not yet prepared for that degree of collection.

This is not included in the marks for the paces but rather in the 3rd collective mark. (what is usually named submission, but which in fact means amongst other COLLECTION)

When judging there are many instances where certain movements are marked in accordance with the average of the test which is not necessarily correct. There are also cases where some movements receive less consideration than the major elements according to the level of the test. 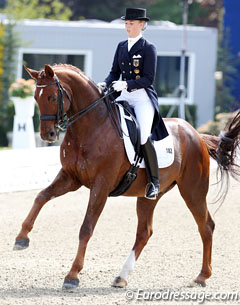 In all these instances the tendency is towards the 6 or 7 whereas in the major elements we are more inclined to go higher and lower. This is not entirely fair and these movements should be given more thought to achieve a better end result for the riders.

Example: Even if the pirouettes are only satisfactory the flying change may have the quality and straightness for an 8 or 9 and this should be awarded. Likewise when seemingly simple transition from canter to trot in the Grand Prix is done in a very good way it should be marked up even if the horse’s average scores are closer to 6 or 7.

It is clear that judges should evaluate all the criteria in a balanced and clear way. Good, very good and excellent can apply to all the elements of each test not just the parts where the level of expression and extra ability bring high marks very easily. It is sometimes the lesser movements and transitions that form the vital link between the major movements of the test and show the real quality of training according to the Training Scale