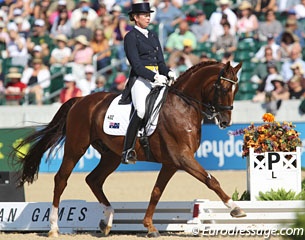 The Australian Equestrian Federation announced the combinations which have been selected on the official national Elite and A squads. The elite squad includes the confirmed Grand Prix combinations, the A-squad the big and small tour combinations

with his potential for the future. These squads will be reviewed in June.

The Youth Development squads for Dressage, Eventing and Jumping will be annouced on March 1, 2011