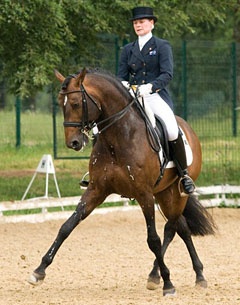 Australian Dressage selectors have named the Australian team that will compete in Dressage at the 2010 World Equestrian Games to be held in Kentucky 25 September to 10 October.

The selected athletes are as follows:

Having moved to Germany to train with Dressage superstar Isabell Werth, Hayley formed a strong partnership with a Brazilian bred horse Relampago do Retiro. The pair was selected to represent Australia at the 2008 Olympic Games. Hayley is married to Kian Bullock.

Lyndal is a newcomer to the team, following in the tradition of her cousin Kristy Oatley who has so successfully represented Australia in the past. Potifar is Lyndal’s first Grand Prix horse, and together have grown as a pair to now reach the Australian team after achieving strong results in Aachen, Hagen, and Cappeln.

Equestrian Australia congratulates the athletes and looks forward to sending a strong team to the World Games.