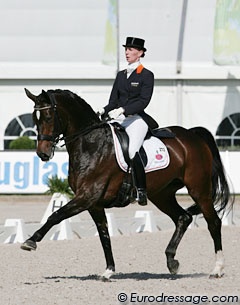 The Dutch Equestrian Federation and chef d'equipe Sjef Janssen have announced the team that will represent The Netherlands at the 2010 World Equestrian Games in Lexington, Kentucky,  27 September - 1 October 2010. Contrarily to the initial selection path set out by 60-year old team trainer Janssen, the CDIO Hickstead has been dropped as final Dutch selection trial and a definite team has now been nominated.

Though this short list comprises the definite team, Janssen has included all other Dutch A and B team riders on his long list and expects them to stay on form at shows which fit into their planned show schedule towards WEG.

The short listed team riders will be invited to a two-day training seminar most likely at the KNHS headquarters in Ermelo, The Netherlands, begin September.