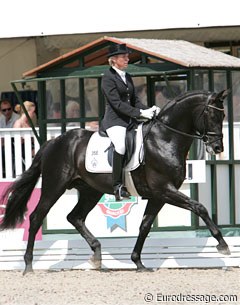 Whereas most countries have an elaborate selection process with multiple qualifiers and training sessions to elect a team for the 2010 World Young Horse Championships, Germany will host a one day all-or-nothing selection trial at the DOKR centre in Warendorf on 29 June 2010.

At this one and only qualifier, 42 five-year olds and 40 six-year olds vie for six spots in each age division. Invitations are based on previous performances at the Bundeschampionate or World Young Horse Championships.