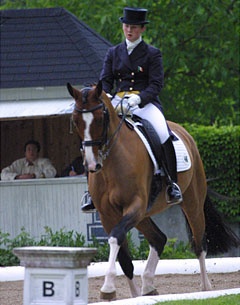 But it was Naas-born Judy Reynolds's 10th place with Remember in the Grand Prix that radically changed Ireland's profile for the upcoming World Equestrian Games (WEG) in Kentucky, USA.

A single score above 65 per cent by one of this evening's judges tipped Reynolds into qualification for WEG, meaning that Ireland now has a dressage team for Kentucky, comprising Reynolds, Merveldt and the reigning Irish national dressage champion, Yvette Truesdale from Hillsborough in Co. Down.