Can a Code of Points Improve the Judging System? 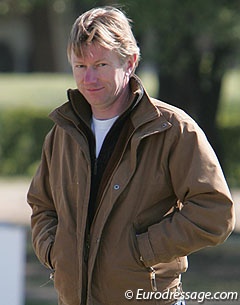 2009 has been a year of major change for international dressage. The FEI Dressage Committee was abolished and replaced by the Dressage Task Force which worked hard to organize the Judging System Trials in Aachen begin September 2009. New systems were tested as well as the use of half-points, more judges and different positions. At the 2009 FEI General Assembly a new Dressage Committee was elected which is supposed to carry on the positive, constructive plans the DTF has brought about. International dressage rider, IDRC member and List Advisory Group member Wayne Channon has another idea he thinks could improve the judging of dressage: a code of points.

Why we need a Code of Points…

It is not often that I come to the defence of dressage judges but their reputation is at an all-time low.  In my opinion, this is totally undeserved.  In general, they are very professional, diligent and better trained than ever before.   They work for little recompense except the pleasure of judging beautiful horses and expert riders.

So what is going wrong?  Simple, judges are blamed for all the inadequacies of our judging system.  Judges are not the system, no more than riders are.

Additionally, the public is now very competent and also very judgmental.  With the Internet and computers, all of us can see all the top riders globally and make  up our own minds and talk to other like-minded people anywhere in the world.

Is our system of judging really not good enough?

The judging bible, the FEI Dressage Handbook – Guidelines for Judging (the “Handbook”) does not define any movement to the point where any judge, or any rider or trainer, could objectively say this was a 10 or a 9 or whatever.  Judges have to interpret the incomplete definitions and often they don’t interpret the Handbook in the same way.

Having said that, the Handbook is a marvelous piece of work.  It took many months of hard work by several of our top judges.  In fact, it is a commendable piece of work.  It aims to describe in detail each movement and define what was needed to be able to give a 10 all the way down to a 0.  The problem is that it falls short of its design goal in a several ways.  For example:

Part 1 of the Solution – Code of Points

We need a Dressage Code of Points.  That is to say, we need to build on the Handbook, make it more specific, define a table of deductions for mistakes and exemplify with video exactly what it is we want to see for each point.

Other artistic sports, such as gymnastics, have done this and have put a solid (even if not perfect) foundation in their sport.  Each year, they further define the movements; they build on the clarity they have achieved and they use this to better train their judges; to get better, more objective and accurate results.  We must do the same.

The fact is that the Dressage Handbook has already done a lot of the work; it just needs to be further defined so that we all know what mark we will get for every movement and every mistake.  Extensive use of video could make the education job a lot more effective.

Arguments against a code of points

Part 2 of the Solution – Systems of judging

At Aachen in September, the Judging Trial was innovative.  It looked at judging alternatives and evaluated their effectiveness.  The Dressage Task Force looked into the abyss and saw alternatives that were better than what we have.  (Personally, I was delighted that half-point were adopted!)  I sincerely hope the new Dressage Committee will do the same.  As they both have the same chairman, I think there is a good possibility of this.

I have other ideas for progress in this area and more on this in a future article.

Would you like to contribute a comment or offer your opinion? Please mail your thoughts to waynesworld@eurodressage.com.