Duke of Oldenburg, Price Highlight of the 2009 Klosterhof Medingen Auction 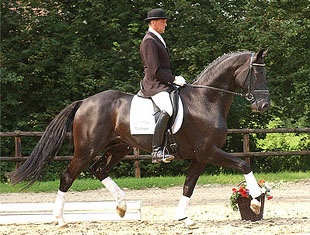 The 5-year old Oldenburg stallion Duke of Oldenburg became the price highlight of the private auction hosted by Burkhard Wahler at Klosterhof Medingen in Germany September 26, 2009. The black stallion sold for 300,000 euro to Austria.

Duke of Oldenburg is a licensed breeding stallion by De Niro out of state premium mare Weidenkätzchen (by Canaster I x Caprimond). He is bred by Hergen and Roland Schweers from Butjadingen. The stallion was the winner of the 70-day performance test in Schlieckau. 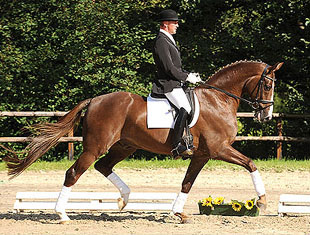 The most expensive of 28 foals offered at auction was the Fred Astaire, a colt by Fidertanz x Dream of Glory, which sold for 15,000 euro.

Nineteen riding horses sold at the 2009 auction and they achieved an average price of 58,600 euro.