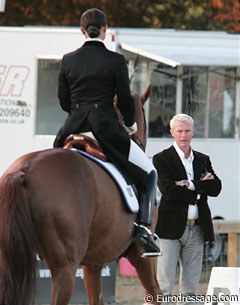 Swedish Olympic team rider Jan Brink has been re-invited as keynote speaker at the 2009 US Dressage Federation Convention in Austin, Texas, USA, on December 2-6, 2009.

In addition to the two days of the riding symposium, there will also be a symposium lecture by Brink on Saturday night at the Renaissance Austin Hotel, host hotel for the Convention being held from December 2-4.

“Jan was so well received when he hosted the 2007 and 2008 Succeed/USDF FEI-Level Trainers’ Conference, that we were thrilled when he agreed to come back and present at this year’s symposium where everyone can experience his unique insight and teaching style,” stated Katherine Robertson, Senior Coordinator of Education Programs.