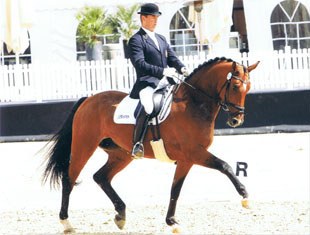 The Belgian Equestrian Federation has announced the names of the qualified combinations that will represent Belgium at the 2009 World Championships for Young Dressage Horses in Verden, Germany, August 4 - 9, 2009.

After five national selection trials, the Belgian Dressage Committee was able to select two 5 year olds and two 6-year olds which produced the first and second average high score at the five qualifiers.

The strongest performing Belgian pair at the qualifiers was Philippe Jorissen on the mare Agneta. The combination won three qualifiers and achieved an overall score of 8.4 in the final trial with a 9.5 mark for trot.

The selected horses for Belgium are: