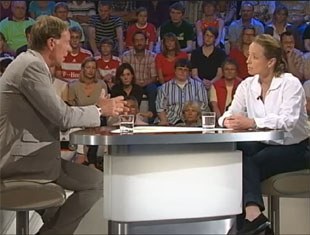 Yesterday evening, Isabell Werth was featured in the sports magazine "Das Aktuelle Sportstudio" (Sport Studio Now) on the ZDF German television channel. She opened up on her life now that she has been suspended by the FEI for a positive doping test on her small tour horse Whisper.

"My life has fallen apart. Everything I have been working for the past 20 years has been destroyed and I want to explain how this has happened," she told the moderator Wolf-Dieter Poschmann.

Werth told Poschmann she used the medicine Modecate on her horse Whisper to treat his Shivering Syndrome condition. It contains the banned substance Fluphenazine. " It is true that the substance is not allowed for horses here in Germany. I didn't know that and I'm sorry for that," she confessed. "But it is possible that when there is no equivalent medication in Germany, but it is available in other countries, you may use it. And my vet applied it because he thought necessary for the horse. 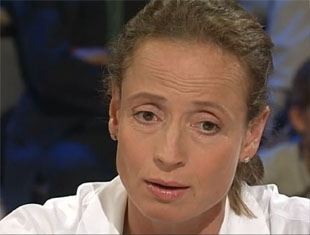 Isabell Werth's vet Dr. Stihl, a Switzerland based high performance veterinarian, told Isabell the substance would only be traceable for 6 days. "Americans have now revealed information that this substance is traceable for 90 days. My vet didn't have this information," she said.

Dr. Stihl treated Whisper with Modecate only once. "For me the treatment was over. I asked him when I was able to compete him again," Werth explained. "He told me that it takes 6 days to break down." Later on she stated, "I made a mistake by not inquiring further into the drug but that's because I trusted my vet." Werth has been using Dr. Stihl's services for the past five years.

The moderator responded by saying that "the product is on the doping list so you shouldn't have used it as medication. And such an experienced vet should have known." 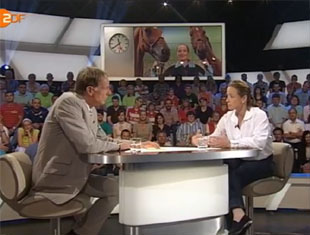 Werth gave Whisper not six but twelve days for the medication to clear Whisper's system. "I gave him double the time before I showed him and I never really thought about it anymore."

Whisper suffers from Shivering Syndrome and the chestnut gelding makes uncontrollable moves and muscle spasm when he has to stand on three legs for a longer period of time, for instance, when he gets shod. "We have only tried it for the first time because the symptoms got worse recently," she admitted. "He has never shown any pain signals because of this disease though."

The moderator asked whether a horse with such a defect should actually be competed and Werth replied, "different horses which have more or less shivering syndrome are still ridden, both in competition and recreation sport. It is painless." She later continued, "there is the discussion [whether to compete or not] and you have to ask yourself this question, but so far there is no real veterinary limitation that this syndrome rules out competition use." 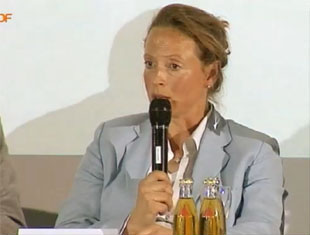 Isabell regrets the fact that she has been quoted again in this television show on her comment that "what I give or not give to my horses only concerns me, the owner and my stable crew." She stated that it was only one utterance in a 2-hour debate. "I never said I was against training control (control on medication/doping during off-show training periods). She claimed it was a reply to the question whether all medication should be published.

Werth said the answer was related to medical confidentiality and not to the fact that she was against the medical logbook which the German equestrian federation wants A-team riders to keep. "I am willing to have a logbook at all times," she said, "and to show it to be people who are authorized to read it. She added that, "there should be discretion about the general medication which takes place in a stable."

The reporter quizzed Werth about the commercial value a logbook has and mentioned that it could lead to the devaluation of horses. "Not every rider has a sales stable. I have been given the ride on horses from my sponsor and these horses stay in my stable. I also have 3 retired horses there (Gigolo, Fabienne, Anthony)." Then the reporter stated that "her sponsor would make money of the horses," but Isabell quipped, "no, no, she only spends and loses money on them. She doesn't sell her horses."

Werth stated that she's a supporter of the logbook. "I know most colleagues who would love to accept a logbook, especially after the accumulation of these cases, to get legal security for the riders and the vets and for everyone. It would have helped me so much and I would haven't experienced this disaster today." 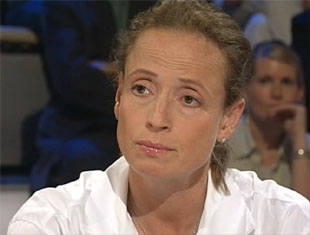 Werth looked devastated and very sad about what has happened to her. "I understand that because of this situation many people distrust me because they might think I gave it to the horse to calm him down."

Werth was supposed to take a different horse to Wiesbaden but because he got injured, she decided to take Whisper. "He could do it also and needed the show experience," she admitted.

Isabell Werth, one of the most decorated dressage riders of all times, might risk a two year suspension by the FEI. "Honestly, I have no clue what is going to happen. Everything is speculation now," she said. "It can go up to two years and where does it start? I know it can take up to two years. I don't want to think about it because it's a nightmare!