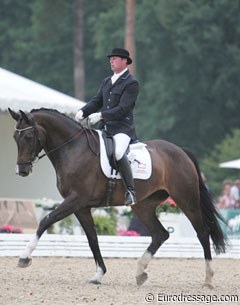 The second Danish selection trial for the 2009 World Championships for Young Dressage Horses took place in Midtsjælland last weekend 22-24 May 2009. Five 5-year olds and three 6-year olds were added to the long list and can vie for a team place at the Danish Young Horse Finals in Middelfart.

The show at the Midtsjællands Rideklub was actually a trial for the 2009 Danish Young Horse Championships for 4, 5 and 6-year olds but the competition also served as a qualification event for Verden (August 5-9, 2009). Four selection trials take place before a big Danish final on 4-5 July will determine the composition of the actual team.

The following horses qualified for the Finals at this second selection trial:

The final two selection trials before the Finals take place at: the Holstebro Rideklub (5-7 June) and at the Dalumgaard Rideklub (20-21 June 2009).