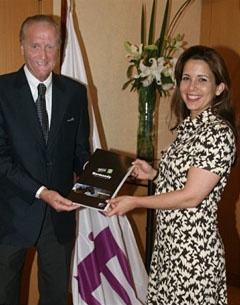 The bid will now be circulated to the FEI Bureau and FEI Headquarters for evaluation. The official presentation by the bid committee will take place during the FEI Bureau Meeting in April 2009 when the allocation will be made.

2014 will see the eighth edition of FEI’s biggest event after the inaugural event was organised in Stockholm (SWE) in 1990.

Lower Normandy was also a candidate to host the 2010 World Equestrian Games but lost their bid to Kentucky.