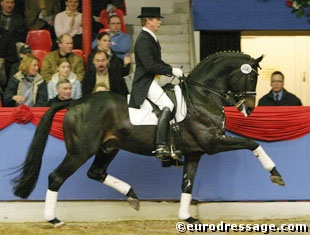 and is securing the dressage training of her two dressage stallions by sending them to Switzerland.

Rubin Royal is by Rohdiamant x Grundstein II and descends from the famous Rudilore mareline. The Grand Prix level trained dark bay stallion has four licensed full brothers, including Blue Hors Romanov. Rubin Cortes was the 2003 Oldenburg reserve licensing champion. He was bred in Luxembourg and is by Rubin Royal x Calmiro.

According to the German St. Georg magazine, Harli Seifert has decided to give up her stallion station and only focus on breeding. In 2005, Hendrik Lochthowe took over the ride on Rubin Royal from Dieter Weichert as in-house rider for Harli Seifert. 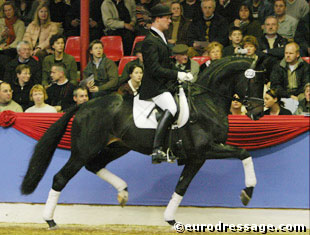 "For years I have admired and been intrigued by the riding of Silvia Ikle. I'm proud and grateful that my two darling stallions can stay in her stables. I'm sure they will get the best care and training there," Harli Seifert told St. Georg.