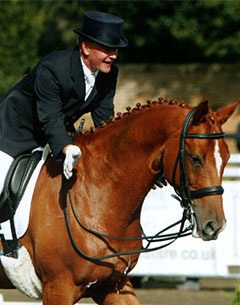 Coach Jane Bartle-Wilson will accompany Charlotte Dujardin, Darryl Thickitt and Sarah Millis to Team GB’s preparation camp, the Olympic village and the athlete’s lodge. They will also attend a press conference and will be given the opportunity to watch two competition sessions.

Team GB chef de mission for the 2008 Olympics Simon Clegg said: “This programme is unique worldwide and is expected to provide a real competitive edge to the participants. With the BOA’s aspirational target to finish fourth in the overall medal table in 2012, and research showing that a significant high percentage of medallists at any Olympic Games have attended previous Games, this experience can form a vital part of the athletes preparation for the Olympic success.”