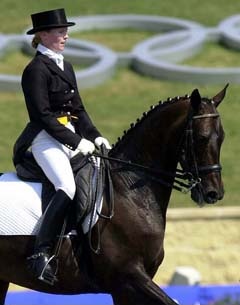 Three nations, Japan, Australia and New Zealand are contesting two team places for the 2008 Olympic Games in Hong Kong. The nation who doesn't win a team place will have the opportunity to contest an individual place from the World Dressage Rider Ranking List.

Australia is holding its qualifier on February 4 at the CDI-W Sydney while the Japanese have their selection trial in Cannes, France on January 31. New Zealand will be the last nation to compete.

Dressage New Zealand has selected a team to represent New Zealand in the Asian Pacific Regional Qualifying Competition to be held at Tielcey Park, Palmerston North on 7th February 2008:

Nicole Magoffin will compete in Sydney The remaining New Zealand based riders will compete at Tielcey Park, Palmerston North on 7th February.

Once the successful nations are determined, National Federations will have the opportunity to select riders for their Olympic team. These may be entirely different from the team of riders who qualified the nation. The qualifying event qualifies the nation, but all riders to be considered for Olympic Games participation must also earn two Minimum Eligibility Scores (MES) of 64% in the Grand Prix Test. These must be earned at different international events from two FEI O judges from a two nations other than that of the rider.

Because only two team spaces exist for Olympic competition and three countries with riders qualified to do so, regional qualifiers must be staged by Japan, New Zealand and Australia. Originally the qualifier was planned for Sydney late last year but an equine influenza outbreak resulted in each country having to stage its own qualifier with the same judges traveling to all three competitions.