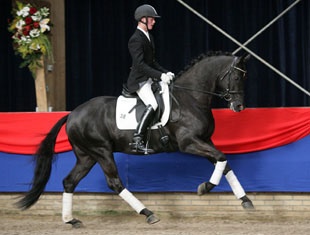 The NRPS (Dutch Riding Horse and Pony Society) has approved fifteen stallions for breeding following the 2007 NRPS Stallion performance test which finished in Ermelo, The Netherlands, on January 4, 2007.

Four stallions were tested just on their behaviour and passed: Blauwendraad’s O’Brien (by Peter Pan), Bennfentes xx (by Notórius xx), Nintendo (by Negro) and Genesis (by Gribaldi) which is better known as Painted Black II. 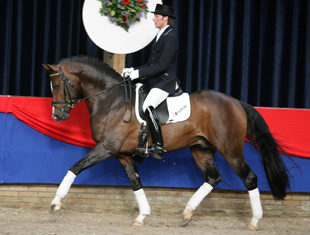 Ponies Djamaï du Bois (by Danny Gold) and Parino B (v. Power Boy) as well as sport horses Guiminko (by Guidam) and Cees (by Casantos) missed the testing and will rematch in a second session on February 20, 2008. Zento (by Quasimodo) will then also be tested but on behaviour only.