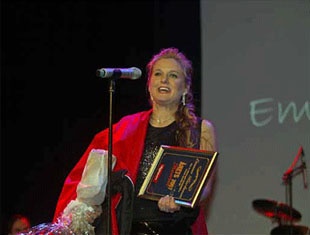 of the 2007 show season are awarded special trophies in recognition of their achievements.

Jan Brink was proclaimed Swedish Rider of the Year and his horse, Hans Yngve Göransson's Bjorsells Briar was named Horse of the Year. Brink's groom Emelie Ahlberg was also honoured as the Groom of the Year.

An important award, Comet of the Year, celebrating Sweden's shooting star of the year, was awarded to the new Swedish Grand Prix team member Emma Karlsson, who won the Nordic Baltic Championships aboard Faradera (by Florestan). Karlsson was chosen as comet of the year by the readers of Tidningen Ridsport. Maria van Essen was named Tomorrow's Dressage Star.