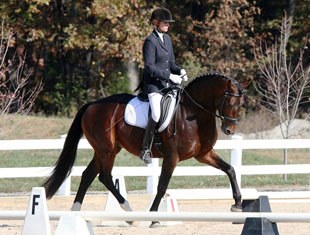 When the final results were tallied and announced at the conclusion of the Sporthorse Stallion Testing, LLC-sponsored 100-Day Stallion Performance Test on November 11, 2007, KWPN stallion Wamberto was announced as champion of the testing

while seven Hanoverians claimed top ten positions among the 16 stallions that completed the rigorous process.

The overall winner with an index of 158.78 points was the Dutch warmblood licensing champion Wamberto (Rousseau/Voltaire), owned by Harmony Sporthorses, Kiowa, CO. Despite a 5-point penalty for his age, Wamberto achieved unprecedented scores and was named the overall Champion. 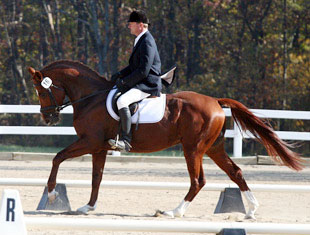 Second place went to the four-year-old Worthy Opponent (Waikiki/Hohenstein), owned by Dana Estes of Livermore, CA, with an index of 135.52 points. He was closely followed by the six-year-old Rapture R (Rotspon/Donnerhall), owned by Ken and Roberta Falk of Lexington, VA, in third place with a 133.53. 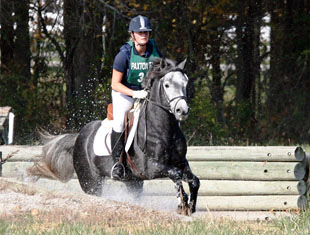 In addition to the 16 stallions taking part in the 100-Day Test, four additional stallions were on hand for the conclusion of the 30-Day Test, held under similar, but abbreviated guidelines. The top finisher in this division with a total index of 164.86 was the Oldenburg/N.A. stallion Rashka (Reymaster/Opus), owned and bred by Ken Borden, Jr., Wilmington, IL. The event's final participant was the Connemara pony stallion Wildwych Eclipse (Glenmoriston FK/Aran Milano), owned by Max and Lisa Gerdes, Brownsvalley, CA, who successfully completed the Test for Pony Stallions with a 71.25%

This year's event, which began on August 3 and concluded with a final three days of testing on November 8-10, was based at the showplace facility Paxton Farm in Batavia, Ohio, located just off the beltline that encircles Cincinnati. A team of highly qualified riders and grooms from Germany ably assisted Training Leader Helmut Schrant during the test?s duration. A crowd of more than 150 spectators assembled to observe the event as the stallions were scored on the final three days by judges Dieter Felgendreher (US), Cord Wassmann (GER), and Gerd Zuther (US), and evaluated by guest riders Mike Patrik Leiche (GER), Rudy Leone (US), Verena Stock (US), Jessica Jo Tate (US) and Fred Weber (US). 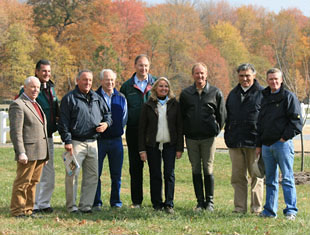 For many warmblood registries, the Stallion Performance Test is generally the second step in the program for the stallion selection and breeding approval after licensing and before the evaluation of the offspring. It consists of a 100 day training period and the final performance test and includes the evaluation of the interior qualities of the stallion, such as character, temperament, ability and willingness to work, as well as the movement, jumping and performance abilities of the stallion. In the final testing, the stallions are judged for their basic gaits, their jumping ability, both free and under saddle, and for their performance while ridden cross country, according to standard rules and regulations.

In North America, the testing is run by Sporthorse Stallion Testing, LLC, which is owned equally by the American Hanoverian Society (AHS) and International Sporthorse Registry/Oldenburg N.A. (ISR) and jointly managed by Ekkehard Brysch from ISR and AHS President, Doug Leatherdale.