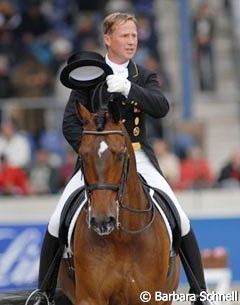 The Swiss Equestrian Federation announced the team of riders that will represent Switzerland at the 2007 European Dressage Championships in Turin, Italy, August 29 - September 2, 2007.

The Swiss dressage team will aim to qualify for the 2008 Olympic Games in Hong Kong. The top five ranking nations at the European Championships are able to procure team qualification for the Games. The Netherlands and Germany have already qualified and a further three nations can obtain a berth for Hong Kong.