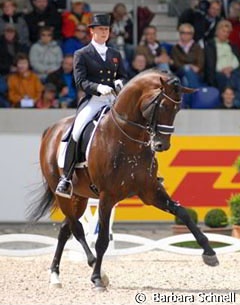 have chosen the following four riders:

Talking about the selection David Trott, the British Dressage Chairman of Selectors, said: “We’ve been able to select four combinations that have been scoring over 70% on the international circuit. That gives us a good chance of securing a team qualification for Beijing, and if everything goes well we could be challenging for a medal.”

Britain will nominate a travelling reserve after Hickstead CDIO, 25-29 July, where world class performance riders Wayne Channon (on Lorenzo CH) and Emile Faurie (on Dream of Heidelberg II) are competing.