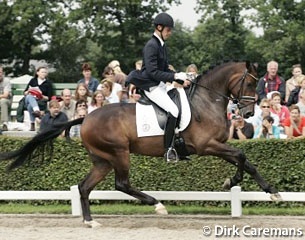 Following a final training session and selection day in Kootwijk on July 11, 2007, the KWPN society and Dutch Equestrian Federation released the names of the horses that will represent The Netherlands at the 2007 World Championships for Young Dressage Horses in Verden, Germany, August 2-5, 2007.

The selected 5-year olds are:

The selected 5-year olds are:

The KWPN will announce the fifth 6-year old and the reserve 6-year old as soon as possible. The choice will be between