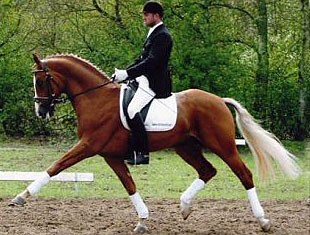 Following three national young horse selection trials in May and June in Belgium, the Belgian Equestrian Federation has been able to nominate four combinations that will represent Belgium at the 2007 World Championships for Young Dressage Horses in Verden, Germany, August 2-5, 2007.

The selected 5-year olds are

The selected 6-year olds are:

The definite combinations will be named on July 24, 2007.