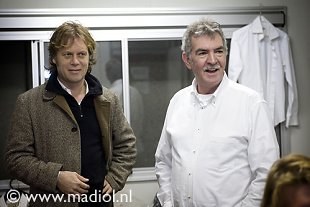 At the 2007 CDI-W Amsterdam, Marlies van Baalen showcased a special version of her new freestyle to music "The Wild Wild West" in a show version called "Marlies and the Magnificent Riders".

Marlies van Baalen, Laurens van Lieren, Tommie Visser and Marrigje van Baalen rode a special quadrille to music from High Chapperall, Rawhide, Riffleman, How The West was Won, Once Upon A Time and A Fistfull of Dollars. The show version of the kur, which was arranged by Cees Slings of Slings Music Cast, was played by the Aachen Symphony Orchestra (they also did the music for the 2006 World Equestrian Games) and video screens in the Amsterdam arena showed the orchestra at full blast.

Before the show started Bart Brom, a professional make up artist prepared the four riders by doing their hair and make-up. "It's part of a Slings Music Production," Cees Slings said. "Before a show we not only make sure that the music is right, but the entire presentation has to look professional."

Mirjam Madiol took some exclusive behind the scene shots and shares them with the Eurodressage audience. See the image gallery below 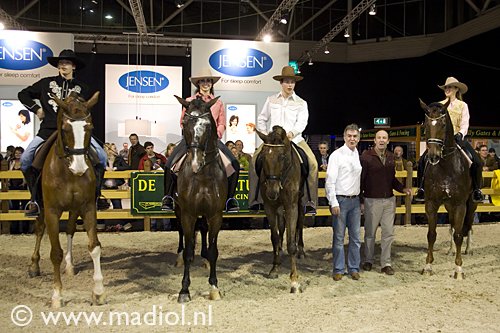