Confrontation with the Self: Monty Roberts 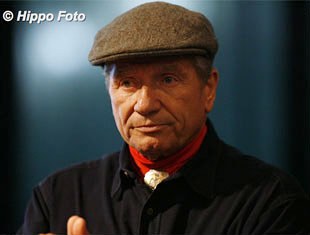 The last session of the first day featured the legendary horse whisperer Monty Roberts. He started by saying that interaction with horses is often a confrontation with the self.

“Look at a mirror and point at the mirror and say, ‘I am the problem. How do I change me to get my horse better’.” He used Schmidt as example and said that Hubertus knew how to have fun so his horse could synchronize to this level. The lighter you can be with horses, the more responsive they will be. Roberts said, for instance, that standing still (cf. halting) is an art that is essential in the world of dressage. It is a mentality which shows that the horse is co-operating with his rider. Stress causes adrenaline to rush through the blood and “when adrenaline is up, learning is down.” He showed a video clip of the old fashioned way of breaking a horse by roping it and said this is still common practice all over the world. He warned the audience for the use of the words ‘traditional’ and ‘classical’ which can obstruct improvement. 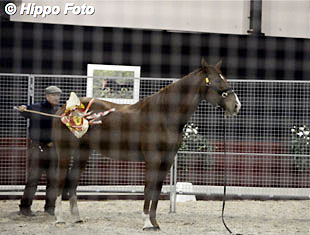 Roberts worked on the scene with a spooky Dutch warmblood mare which he turned in 30 minutes into an obedient and sweet horse that easily loaded up in a trailer after having been ‘schooled’ with Roberts’ techniques of “join-up” (create a bond with the horse via trust) and “follow-up” (the horse trusts his handlers and follows him everywhere without fear). Roberts flashed plastic bags and an umbrella at the mare and she no longer shied away from them. His whole practice of join-up and follow-up and making the horse less spooky seemed very much a process of habituation.

In his engagement with the discussion panel, Roberts commented on Salinero flying out of the award ceremony at Aachen and claimed that Van Grunsven could have prepared Salinero better for the prize giving. Anky contested that by saying that she could never have prepared Salinero because the atmosphere with 50,000 ecstatic people in the stands was a unique, unprecedented atmosphere she could never have simulated. 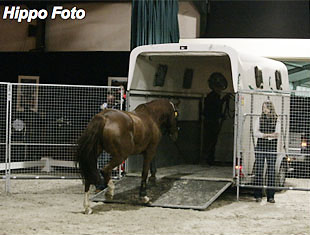 Roberts came across as an American tv-celebrity doing his celebrated thing. His session was too focused on self-promotion and he left many remarks unexplained. He provided pop psychology for horses with no scientific basis to prove his point. He stated, for instance, that 80% of problems with dressage horses are rearing and grinding teeth but left that remark unexplained. He also said that he would prefer piaffe to be taken out of dressage, because of the cruelty he had seen in the training of it. Roberts clearly had his own agenda and delivered it at the Global Dressage Forum. Even though his demonstration was fun to watch, Roberts very much came across as an outsider who was not in tune with the practices in the world of top level dressage riders.