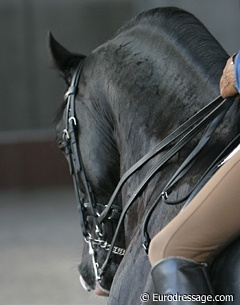 Based on the riders' (2005) recent performances, the selectors picked Wayne Channon, Carl Hester, Emma Hindle and Fiona Bigwood for the team. Emile Faurie will be the reserve rider.