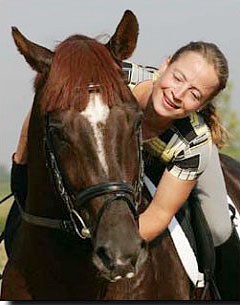 At the international dressage show in Munich, two Bundeschampionate qualifying classes were held. Isabell Werth and Christina Boos were the winners of these.

Only one rider achieved the qualifying score of 8.0 and higher in the 6-year old division. Christina Boos and her Westfalian Remondi (Ragazzo x Fabelhaft) got 8.3 from the panel of judges and won the class.