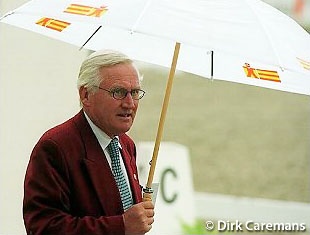 and hopefully to a qualification for the 2006 World Equestrian Games.

Having traveled to Brazil on multiple occasions, Lette was very willing to accept the job as team coach. "I accepted because I know they have good horses with the possibility to be be successful at the Pan Ams," Lette told Eurodressage.

Sandra Bischoff, the dressage director of the Brazilian Equestrian federation, and Dr Jorge de la Rocha were the driving forces behind Lette's appointment as team trainer. Lette will be doing his first clinic in Sao Paulo, Brazil mid June 2005 and will be flying back and forth between Sweden and Brazil every two months.

In mid June, Lette will be assessing the horses, riders and current conditions of dressage in Brazil, and will start working on assembling a team for the Pan American Games.

"It would be fantastic if Brazil could have a team for the 2006 World Equestrian Games, but I think it will be difficult. We should at least be able to send one or two individuals," said Pia Aragao.

Based in Knivsta, Sweden, Eric Lette was the FEI Dressage Committee Chairman for many years until he decided to cut back on his judging and resigned from his FEI post in 2001. "I reduced the number of shows, because I have some very good horses in training in Sweden. Life has different periods and now I am back where I came from and that is riding and training," said Lette.