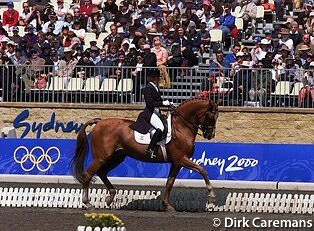 A recent article in Horse and Hound states that the 2008 Olympic Equestrian Games may be hosted in Hong Kong instead of Bejing. "The Beijing Organising Committee for the Olympic Games (BOCOG)

is in talks with the International Equestrian Federation (FEI) and the International Olympic Committee (ICO) over the possibility of moving the equestrian competition venue to Hong Kong, which is about 1,231 miles south of the Chinese capital," Horse and Hound reported.

"It originally appeared that equestrian competitions would take place at the Country Equestrian Park in northern Beijing, which is situated just 21 miles away from the Olympic village. But the Hong Kong government has been lobbying to host some of the Games and moving the equestrian events there appears to be the most logical choice, because the city has a strong racing tradition and excellent equestrian facilities, which Beijing doesn't have."

Read the Complete Article at Horse and Hound