Marlies van Baalen On Stand By for Aachen and Athens 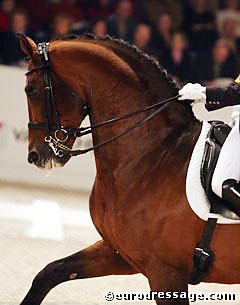 Marlies van Baalen has to keep herself on "stand by" if any of the A-team members has to withdrawn from the competition in Aachen or Athens.

Bert Rutten chose to select Marlies van Baalen as Olympic reserve rider and not Imke Schellekens, who has lately been scoring much higher than Van Baalen. The past two years, Marlies and Idocus have become a solid 70% scoring combination with more experience than Schellekens and her new Grand Prix horse Lancet.