Nicola McGivern Turns Up the Heat 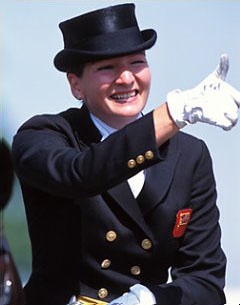 As the British public enjoyed the warmth of early summer during the weekend of May 14-16, 2004, dressage rider Nicola McGivern turned up the heat for the selectors of the Athens Olympic team.

Nicola and Active Equestrian's 17.1hh bay gelding, Active Walero competed at Norten-Hardenberg CDI in Germany, finishing in second place in both the Grand Prix and the Grand Prix Special.

The pair scored 71.0% in the Grand Prix, improving on their score from the European Championships last year and went on to further raise the stakes in the Grand Prix Special where they scored a personal best of 73.28%.

Talking from the show Nicola said; “This is the first time we've competed internationally since the European Championships last year and it was a fantastic confidence boost for me and Walero. The marks were really outstanding – one judge gave us over 78%, and we were consistently getting 8's and 9's. 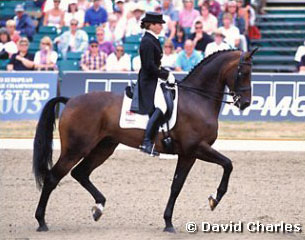 We used the selection trials last week as a warm up for this competition and that was very useful. Active Walero felt very rideable and was really working well at Norten-Hardenberg. It's very exciting to be achieving personal best scores and still feel that there's more to come.”

Nicola was not the only member of the bronze medal winning European Championship team in action at the weekend, as Emile Faurie and the experienced campaigner Rascher Hopes also competed at Norten-Hardenberg. Emile scored 67.79% in the Grand Prix and went on to score 72.27% in the Grand Prix Kür, finishing in eighth place