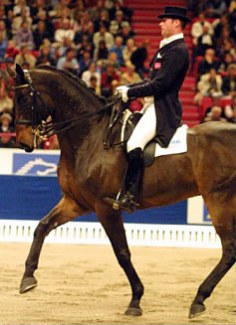 Following the 2003 Danish national dressage championships which were won by Lone Jorgenssen oin FBW Kennedy, the Danish Equestrian Federation announced the team that will represent Denmark at the 2003 European Dressage Championships.

The team is constituted by: