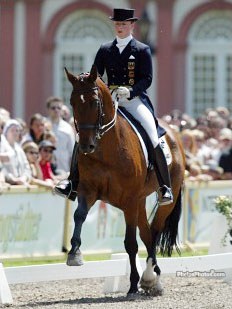 It is still unsure whether Ulla Salzgeber will be eligible to defend her European title in Hickstead. The doping case concerning Rusty testing positive at the World Cup Finals has not yet been legally settled, nor have the B-test results been revealed.